The path of the voice – voice and body workshop 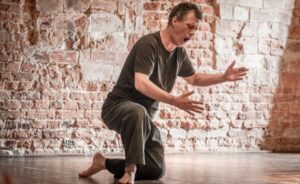 Zygmunt Molik is one of the main actors of Jerzy Grotowski’s ensemble, who entered the history of theatre in the 1960′. More than an actor, Z. Molik was leading the vocal trainings of the company.

Researcher and pedagogue, he became an important person in the polish «  paratheatre  », developing during 50 years a praxis of vocal training implying the body and the Being. He built a body alphabet, based on precise physical actions, structuring the exploration and discovery of the voice. He taught in France for a long time.

Jorge Parente, actor and director, followed his direction during twenty years, being his assistant. After Zygmunt’s departure in 2010, he became the helder of this tradition, developping his work in France (often in La Guillotine, Montreuil), Poland (The Grotowski Institute) and Portugal.

Zoé Ogeret, actress and Jorge’s assistant, was as well a long term member of the workshops of Z. Molik.

Molik’s methodology can be defined as follows:  A vocal potential emerges from movements in the body. As these movements develop, vibration is released.  The vocal phenomenon which emerges is not only physiological, but also an extension of both a mental state and an identity. In making this connection, vocal explorations utilise all strata of being.

A typical workshop includes:
– learning the Body Alphabet;
– personal exploration of the Body Alphabet through improvisation;
– working on text and song chosen by participants, both individually and collectively.

Through the exploration of body and voice, we invite each participant to discover and experience their own unique vocal identity and to enter into the unknown. 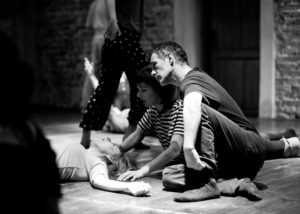 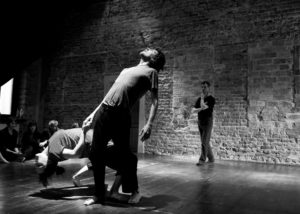 5 to 6 hours of daily work, mainly in a studio space of 80 m2 setteled in a traditional barn in French Limousin, at the border of the forest. Accommodation is be proposed in a guesthouse in the surroundings.

Full board accommodation – from 21st evening to 27th morning : 140 euros

To enroll, please send a short bio and few words about you motivations. Please keep us informed if you have specific needs or diet (health, food)

Deadline : July 1st. You will be asked to pay a deposit of the half of the fee before August 8th in order to make the inscription valid.